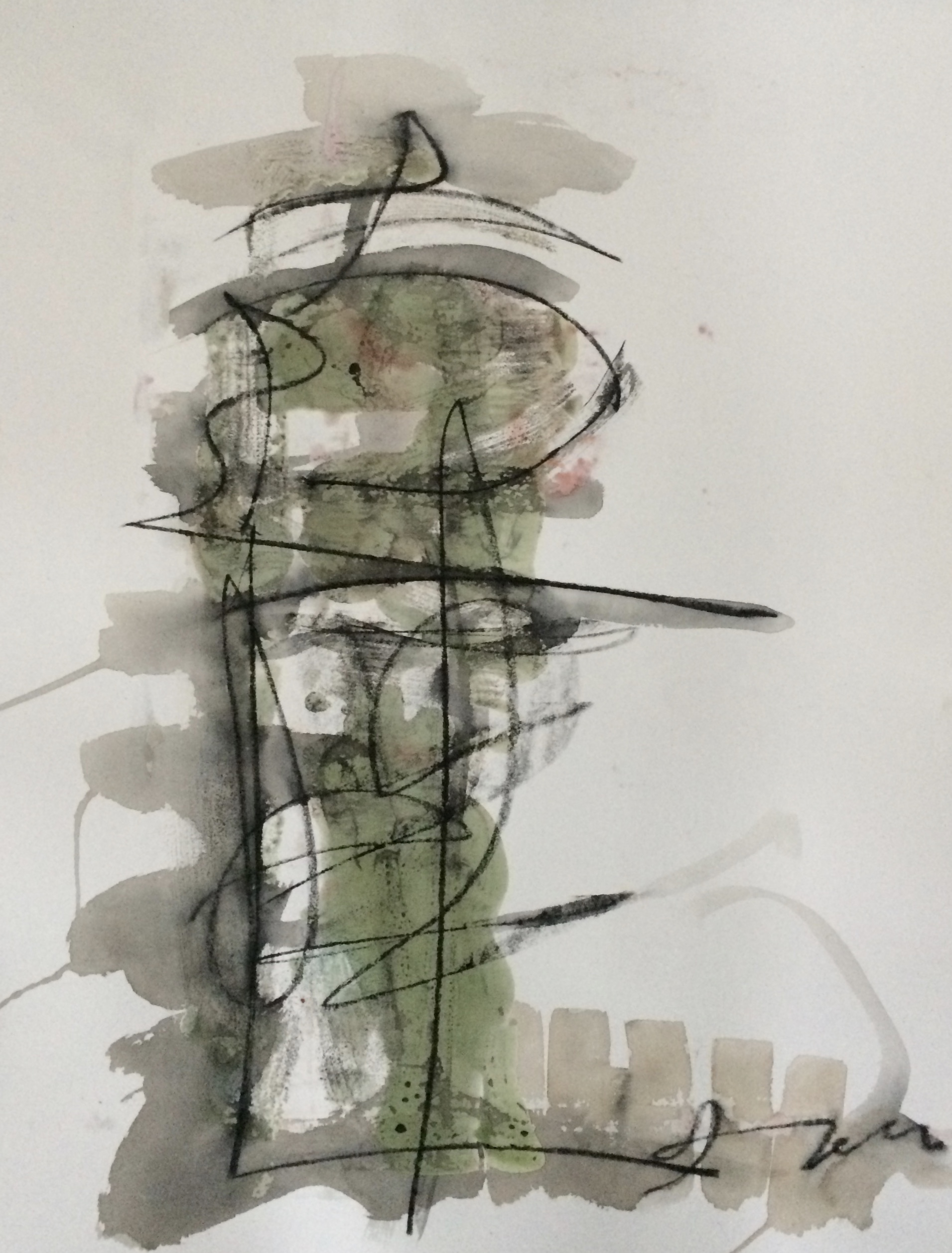 Abstraction reveals moments of infinite possibility, through choosing the path of the unknown. Painting allows chaos to be intuitively choreographed by finding the rhythms and patterns of paint.  I often include visual poetry and asemic writing (language without semantic content) in my work. I’m looking for that place in the brain where language has its origin by seeing without looking, writing without reading and moving with intuitive intent. Asemic language negotiates neural pathways of a language I do not know.

Jeanette is a contemporary artist who lives and works in Albuquerque, New Mexico. She has a BFA degree in Theatre Arts with a Dance emphasis from the University of New Mexico.  She moved to NYC in her early 20’s and was influenced by minimalism, the power of the human form and the expansiveness of the NYC public library. Returning to New Mexico she earned her Advanced degree in Nursing  and a Masters of Science in Midwifery. Working as a midwife and supporting her children she studied drawing, painting and printmaking. She paints daily in the studio behind her house. 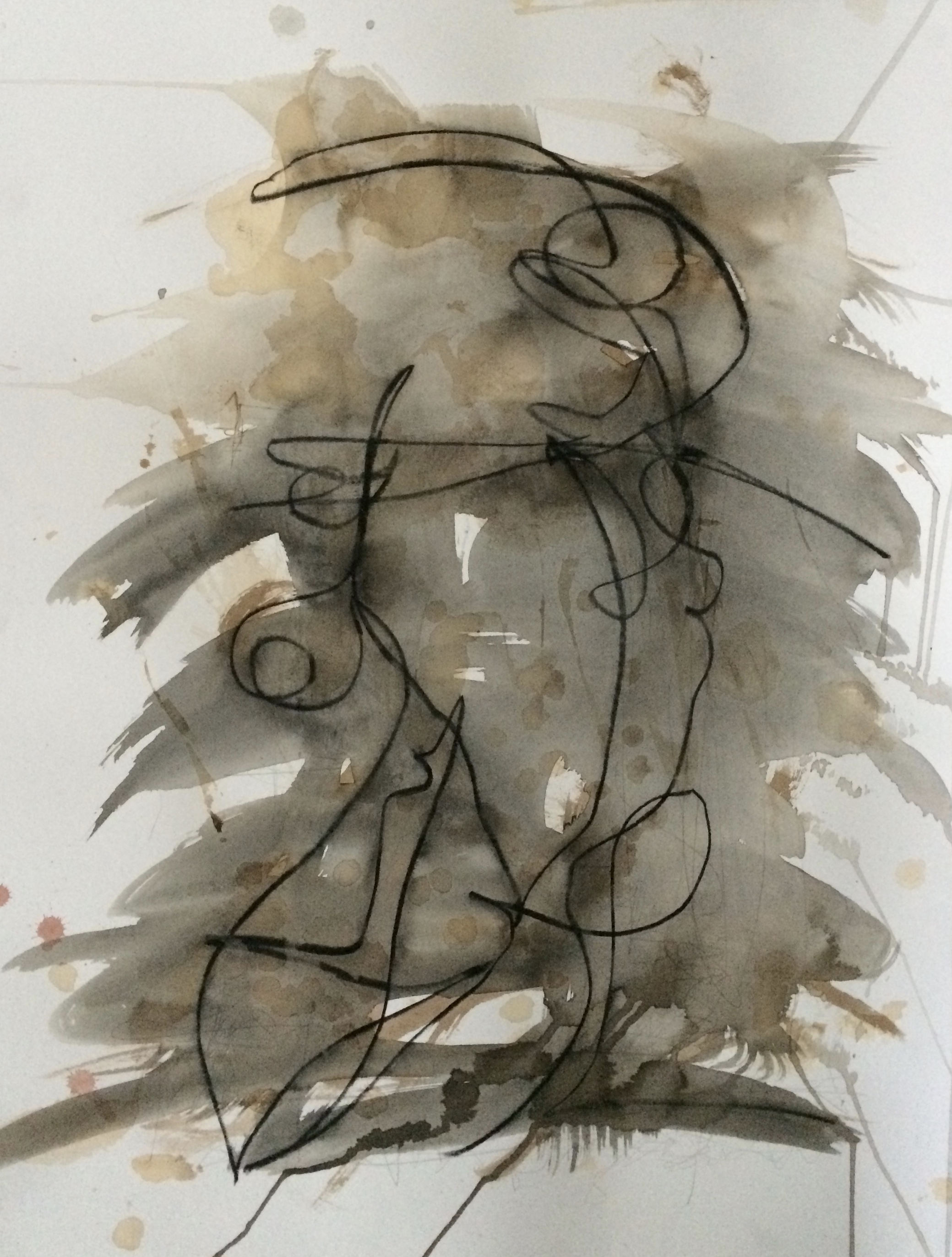